On the afternoon of June 20, OECD senior economist Mario Cervantes visited CASTED and was hosted by Vice President Wu Yishan.

Wu Yishan welcomed Mario Cervantes to the CASTED and gave him a briefing about the academy. Representatives of the research team introduced the cooperation between the CASTED and the OECD Committee for Scientific and Technological Policy and its subordinate working groups, i.e. Working Party of National Experts on Science and Technology Indicators (NESTI) and Global Science Forum (GSF). Mario Cervantes gave a lecture titled “New Strategies and New Policies for the Transfer and Commercialization of Public Scientific Research Achievements” and introduced OECD’s research on technology commercialization. After that, the two sides discussed issues such as the conversion of scientific and technological achievements and the current status and future prospect of technology commercialization. 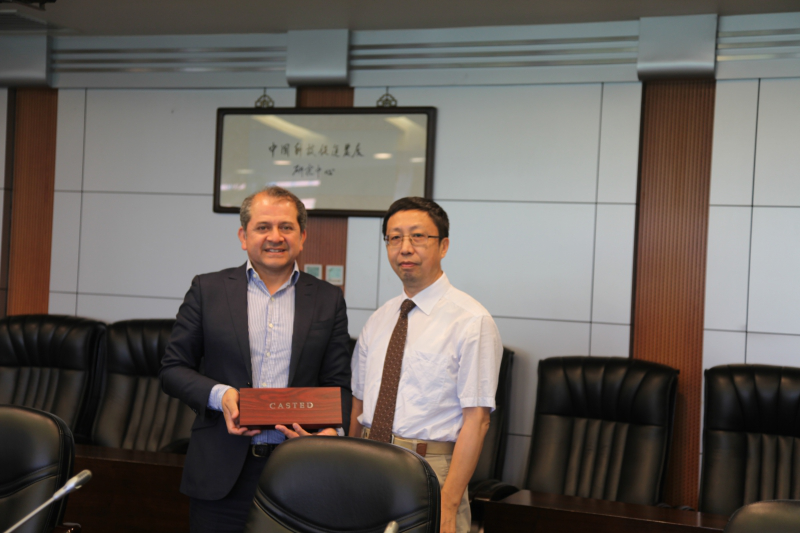