From June 27 to June 29, 2017, at the invitation of the School of Humanities, Social Sciences and Technologies, Tomsk Polytechnic University, Hu Zhijian, President of the Chinese Academy of Science and Technology for Development, and Zhao Yandong, He Guangxi, and Liu Miao, research fellows of the Institute of Science, Technology and Society attended the International Academic Seminar on the Resistance and Motivation of Countries in Promoting the Principles of Responsible Research and Innovation. During the meeting, President Hu Zhijian held talks with the Rector of Tomsk Polytechnic University. They had an in-depth discussion on future cooperation between the two institutions and signed a MOU on cooperation.

Following the introduction, Rector Chubik expressed his willingness to establish a close strategic partnership with the CASTED and strong interest in China’s “Belt and Road” Initiative, and proposed to set up a China-Russia joint research center on Belt and Road with the CASTED.

President Hu Zhijian made a brief on CASTED and China’s efforts to promote the “Belt and Road” Initiative. He echoed Rector Chubik’s proposal of institutional cooperation and discussed with him the idea of setting up an exchange platform for science and technology think tanks of Belt and Road countries to facilitate communication and interaction among the science and technology policy-makers and researchers of countries along the Belt and Road, which was supported by Rector Chubik.

On June 29, the signing ceremony of the MOU on cooperation was held at the Tomsk Polytechnic University. President Hu Zhijian and Rector Chubik signed the MOU, and received interviews with local media on China-Russia science and technology cooperation and the “Belt and Road” Initiative. After the signing ceremony, Hu Zhijian and the CASTED delegation held talks with Alexander Dyachenko, Vice Rector for Research and Innovation of the Tomsk Polytechnic University, to discuss the contents of future cooperation between the two institutions. 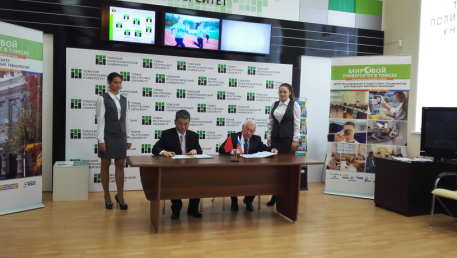 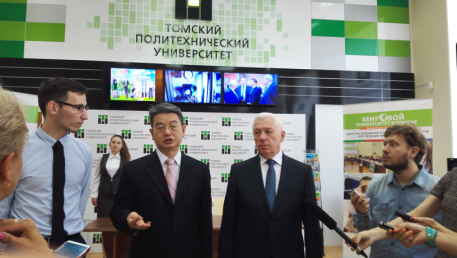 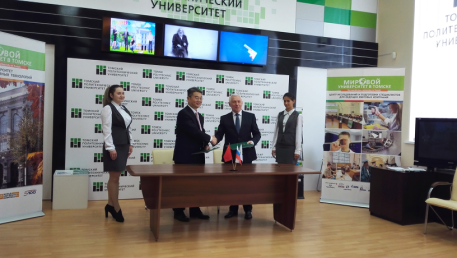