Held under the theme of “Innovation, Entrepreneurship and Win-Win Cooperation”, the forum consisted of the opening session, the keynote session, and four parallel sessions on STI policy, nanotechnology, biology, and ICT, respectively, and was attended by more than 300 participants, including leaders and representatives of government departments including the Ministry of Science and Technology of China, Sichuan Provincial People’s Government and the Ministry of Science, ICT and Future Planning of Korea, and representatives of Chinese and Korean universities, research institutes, enterprises, and some provincial and municipal science and technology authorities.

The opening session was chaired by Li Meng, Vice Minister of Science and Technology of China, where Wan Gang, Minister of Science and Technology of China, Yi Li, Governor of Sichuan Province, and Choe Yang-Hui, Minister of Ministry of Science, ICT and Future Planning of Korea, delivered speeches. During the keynote session, relevant Chinese and Korean officials and experts analyzed China-Korea STI cooperation from their own respective perspectives including innovation and entrepreneurship policy, the sharing economy and the creative economy. 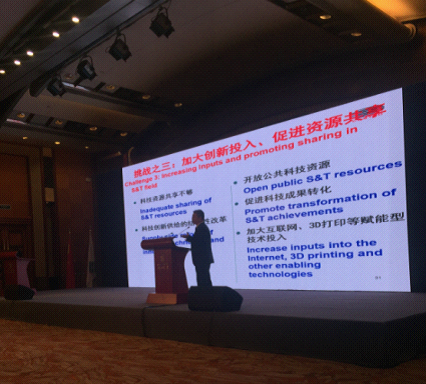